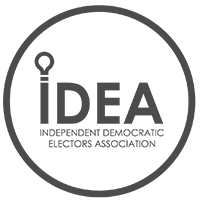 When the century was new and U.S. Sen. John N. Kennedy was still state treasurer, he used one of the powers available in that post and touched off a war among the highest ranks of Louisiana’s last Democratic majority government.

All Kennedy did was what a state treasurer could do: refuse to add to the State Bond Commission’s agenda the approval of an $85 million loan to build a sugar mill in Bunkie.

Longtime Agriculture Commissioner Bob Odom had sought the mill to help struggling cane farmers. But the other mill state taxpayers were on the hook for wasn’t faring well.

By backing Kennedy in 2005, Gov. Kathleen Blanco — the last Democratic governor who presided over a Democratic majority in the Legislature — squared off against Odom, one of Louisiana’s most powerful politicians of the late 20th Century. (The Bond Commission, which is controlled by the governor, eventually rejected the project.)

During his 16 years as state treasurer, Kennedy created a bully pulpit that the seven candidates in the Oct. 14 statewide election seeking to succeed him want to imitate.

The take-away is that for all of his Drano-drinking rhetoric, the Bunkie sugar mill project was one of the very few times that in the execution of his actual duties, Kennedy ensnared the process the state uses to fund construction projects.

Read the full story at The Advocate.